For more than 60 years Alfonso’s of Hollywood has been handcrafting the very finest in gun leather products. We have created exquisitely tooled and carved leather gun holsters for celebrities and collectors. We provide the finest custom fitted gun belts, holsters, and knife scabbards for sportsmen. The Hollywood film industry has relied on Alfonso’s to create beautifully crafted replicas of antique leather gun belts and holsters for Western movies.

We supply arguably the worlds most popular fast draw holsters for fast draw competitors. For law enforcement we make reliable and comfortable border patrol style, swivel, and combat enforcement gun leather. And for law abiding citizens and police alike we custom fit the most extensive line of concealed carry high ride holsters, pancake, hip holsters, and inside the waist holsters in the industry. Our craftsmanship, quality, and customer satisfaction is world-renowned. 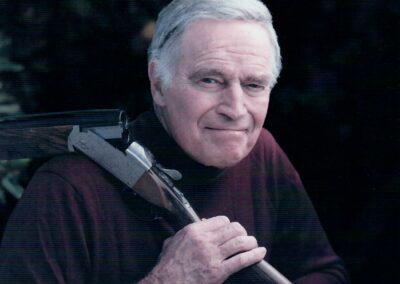 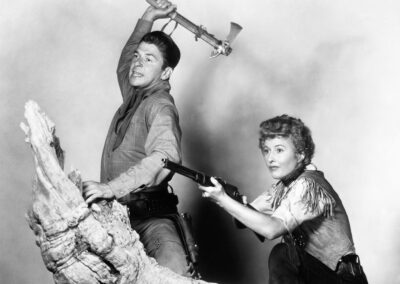 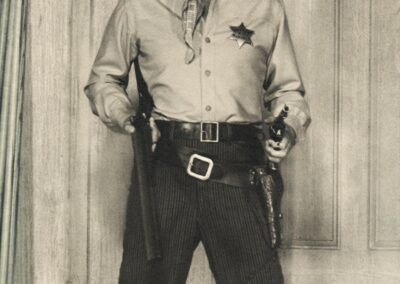 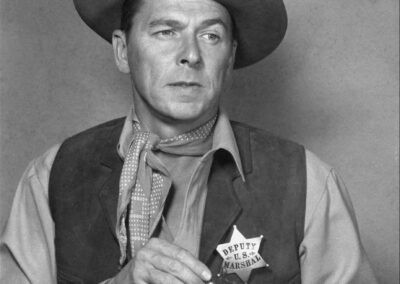 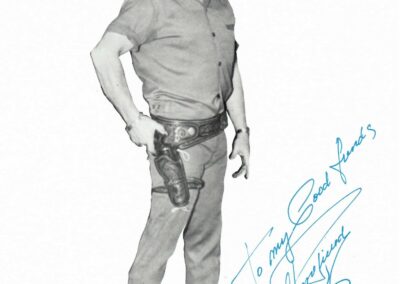 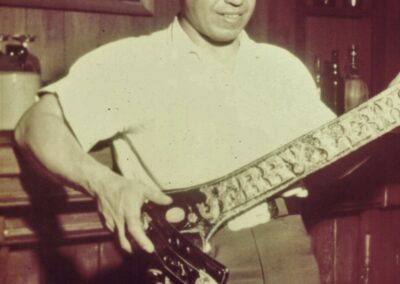 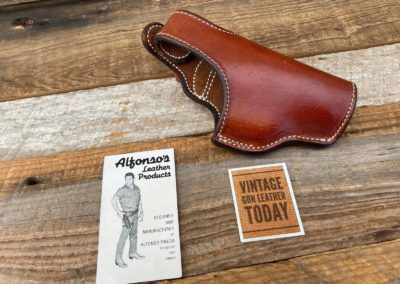 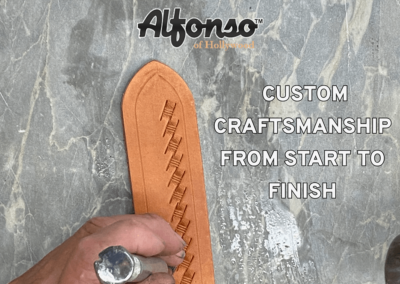 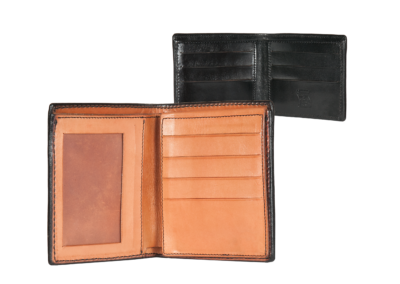 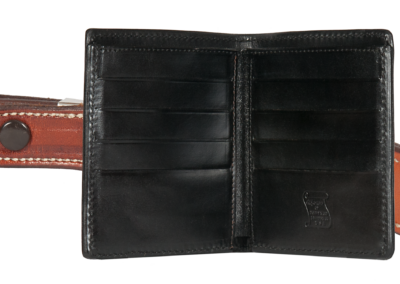 Alfonso Pineda, the founder of Alfonso’s of Hollywood, was born in Argentina on May 24, 1923 and grew up in Nicaragua. As a young man, Alfonso guided wealthy American sportsmen on alligator hunts. Alfonso took a byproduct of this business; the alligator hides, and turned them into fine leather goods for the tourists. In 1955, he founded his own business buying and selling alligator hides and manufacturing all kinds of custom leather goods such as handbags , wallets, belts and portfolios. In 1957, Alfonso traveled to the US, settling in California in 1959, where he found a job in the Property Department at Universal Studios in Hollywood. It was there that he first met Arvo Ojala, the designer of the popular Hollywood Fast Draw Holster. Alfonso was soon working for Ojala, producing Hollywood Fast Draw Holsters.

Eventually Alfonso founded his own holster shop, Al and Dick’s Holster & Gun Shop, with a partner. Approximately one year later, Alfonso became the sole owner and changed the name to Alfonso’s of Hollywood. In one night’s time he designed his excellent line of Fast Draw Rigs, known simply as the Number 1, Number 2, Number 3, and Number 4. All four were readily identified by the double stitching around the edges of the rigs. This was unique to the Alfonso line of Fast Draw rigs. Alfonso raised the holster higher on the belt than other Fast Draw rigs, and added more steel, including a steel plate in the holster side of the belt. This higher gun position and additional rigidity enhanced the speed of an Alfonso rig. By the time of the 1961 National Fast Draw Championship held annually in Las Vegas, Nevada and sponsored by Colt firearms and the Sahara Hotel and Casino, the Alfonso Number 2 was the most popular rig in attendance. Though best known for his beautiful Western rigs, many of which were made for Hollywood celebrities such as John Wayne, Gary Cooper, Jerry Lewis and Sammy Davis Jr., the shop offered a full line of sporting, police duty and concealment holsters.

If quality craftsmanship, high performance, comfort, safety, beauty and durability are your requirements in gun leather, you’re at the right place. This website contains representative samples of our work, we craft and sell far more that what you will see here. If you like what you see, but want something a little different, we have it. Just ask. We custom design and craft gun belts, and any holster you wish. Email us with your specifications, and we’ll respond quickly with a price quote and delivery schedule. You will find help in measuring and ordering on our Order page.

Now, come on in and browse the finest gun leather in the world.